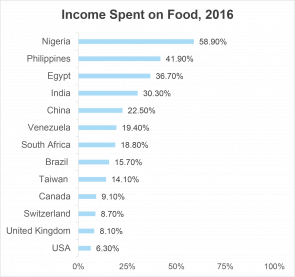 Essential for society to function, the production and consumption of food, energy, and water (FEW) are deeply intertwined, leading to calls for a nexus approach to understand and manage the complex tradeoffs and cascading effects. What research exists to date on this FEW nexus? How have scholars conceptualized these interactions at the urban scale? What are some promising approaches? Where are the research gaps? To answer these questions, we conducted a quantitative review of the academic literature on the FEW nexus (1399 publications) over more than four decades (1973–2017), followed by in-depth analysis of the most influential papers using an evaluation matrix that examined four components: 1) modeling approach; 2) scale; 3) nexus 'trigger'; and 4) governance and policy. Scholars in the fields of environmental science predominated, while social science domains were under-represented. Most papers used quantitative rather than qualitative approaches, especially integrated assessment and systems dynamics modeling although spatial scale was generally recognized, explicit consideration of multi-scalar interactions was limited. Issues of institutional structure, governance, equity, resource access, and behavior were also underdeveloped. Bibliometric analysis of this literature revealed six distinct research communities, including a nascent urban FEW community. We replicated the analysis for this urban group, finding it to be just emerging (80% of papers have been published since 2010) and dominated by scholars in industrial ecology. These scholars focus on quantifying FEW flows of the urban metabolism in isolation rather than as a nexus, largely ignoring the political and socio-economic factors shaping these flows. We propose the urban FEW metabolism as a boundary object to draw in diverse scholarly and practitioner communities. This will advance research on complex FEW systems in four key areas: (1) integration of heterogeneous models and approaches; (2) scalar linkages between urban consumption and trans-boundary resource flows; (3) how actors and institutions shape resource access, distribution and use; and (4) co-production of knowledge with stakeholders.