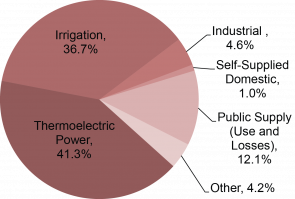 Advances in digital technology and the growth of networks are revolutionizing human activity. The Internet has been championed as a new tool for environmental improvement. Much controversy exists as to whether this claim is accurate or misleading. Given that digital libraries are a growing application of information technology, their environmental impacts deserve scrutiny.

In particular, the impact of digital libraries on energy consumption is not known. This study focused on the energy performance of an electronic journal collection. For comparison, life cycle models were developed for collections in digital and traditional formats. The basis for analysis was the amount of information in a typical scientific journal article, or 0.97 hours of onscreen reading time. Digital system elements such as servers, routers, laser printers, and computer workstations were modeled. Journal production, storage, binding, interlibrary loan, and photocopying were examined for the traditional system. Building-related infrastructure, office paper, and transportation to the library were analyzed for both cases. In all, the study reflected nearly 30 model elements, 90 input variables, and numerous fixed parameters.

Five primary scenarios were constructed to consider increasing levels of complexity. At first, only one reading per article was assumed. Later cases involved 1,000 readings and various combinations of laser printing, photocopying, and personal transportation. Energy consumed by the digital collection ranged between 4.10 MJ to 216 MJ. The traditional system realized burdens from 0.55 MJ up to 525 MJ. Four significant effects were uncovered. First, energy consumption was highly influenced by the number of readings of a journal article. Second, networking infrastructure by itself had a relatively small effect on total energy consumed by the digital system. Third, when personal transportation was considered, its effects tended to dominate. Finally, the impact of making personal copies varied. Photocopying always increased energy consumption, while laser printing actually saved energy when it substituted for onscreen reading.

This study was intended to provide librarians, administrators, and policy-makers with knowledge that could be applied to the responsible design and management of digital library systems. By including these results with other criteria, more informed decisions can be made regarding the acquisition of library materials and management of related infrastructure.