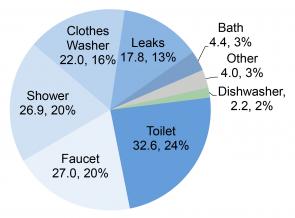 Does urban agriculture lead to gentrification?

Urban agriculture, experiencing a resurgence across the Global North, features prominently in food system sustainability and urban resilience discourse, planning, and policy. Research, however, indicates that racialized gentrification tends to accompany urban agriculture, similar to a phenomenon documented with other green space. This study used remote sensing to map home (N = 478) and community (N = 130) gardens across Detroit, an emblematic legacy city undergoing significant redevelopment. Despite being a city in which seventy-eight percent of the residents are Black, spatial regression revealed that gardens in Detroit are actually more prevalent in non-Black-neighborhoods. Community gardens predominate in neighborhoods where residents are younger, wealthier, and college-educated, while home gardens are more numerous in areas with high rates of home ownership. Modeling also indicated that gardens are in areas with limited access to fresh produce. Contrary to the literature, we did not find a correlation between the presence of gardens and potential gentrification. Gardens, however, are consistently more prevalent in neighborhoods that have stabilized after experiencing high rates of vacancy, foreclosure, and housing demolition. These results have three important implications. First, redevelopment processes in legacy cities such as Detroit, through urban agriculture and other green infrastructure, are likely to lead to garden distributions different than those found in cities with more typical development trajectories. Second, the research calls into question generalized assumptions that expanding green space inevitably leads to gentrification, necessitating deeper investigation of these dynamics in diverse urban settings. And finally, racialized narratives around gardens and redevelopment risk undermining long-standing connections between Detroit’s gardens and environmental justice.