On average, people of color make up 56% of the population living in neighborhoods with TRI facilities, compared to 30% elsewhere. 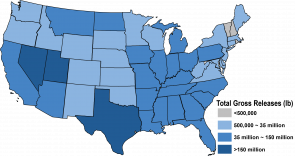 Expanding the Renewable Portfolio Standard for Michigan: A Study

Twenty-nine states have binding Renewable Portfolio Standards (RPS), which have served as key drivers for renewable energy development. In 2008, Michigan adopted the Clean, Renewable, and Efficient Energy Act (P.A. 295), which requires 10% of retail sales to be met by qualified renewable sources by 2015. Through existing sources, new utility-owned generation, and power purchase agreements, this target is expected to be met.

In 2012, Proposition 3 offered an amendment to Michigan’s Constitution mandating 25% renewables by 2025 in Michigan, with some cost containment measures. This proposal did not pass, leaving no further requirement for future renewable development in Michigan beyond 2015. Despite this loss, renewable energy advocates contend that an expanded RPS is an effective and worthwhile strategy to reduce environmental impacts from the power sector.

The study provides a rigorous and neutral assessment of the impacts of expanding Michigan’s RPS on the state’s generation mix, emissions, and costs to rate payers. A comprehensive economic dispatch model was used to determine generator behavior and market energy prices, while a renewable revenue requirement model determined the lowest cost renewable technologies and sites needed to comply with the RPS targets. A wide array of scenarios, policy variations, and sensitivities are assessed to offer a robust picture of the impacts of expanding RPS under a variety of system assumptions and policy designs.