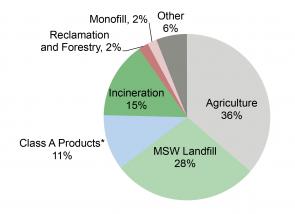 A scenario analysis examining transportation, marketing, farm location, and biosolids handling was also conducted. Results were sensitive to farm location and marketing scale while transportation and biosolids handling were much less significant. Reducing the scale of the market reduced environmental impacts due to energy savings in product distribution and storage. Impacts of the local-scale scenario were just 42-87% of those of the national-scale scenario. Farm location was also significant since the energy use and environmental impacts in mainland coastal farms were 30% and 9-37% of those in the inland farms, respectively. With the same culture technique and product distribution, coastal farms were preferable to inland farms in terms of energy savings and pollution reduction. Moreover, compared to culturing shrimp locally in Michigan, buying shrimp from the Southern coast reduced life cycle energy by 70% and reduced pollutant emissions by 86-643% for Michigan consumers. In addition, for American consumers, producing shrimp in this country was recommended, over importing shrimp from Asia. Shrimp production and distribution in the US led to a 15-82% reduction in pollutant emissions.