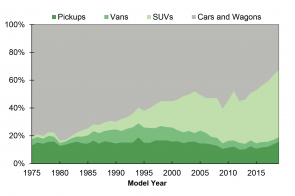 This paper provides a technical and economic feasibility assessment of a small scale Concentrated Solar Power (CSP) desalination plant for coastal communities in regions with high direct solar radiation.  Our case study is based on the information collected from the Tastiota community in the Hermosillo region of the state of Sonora, Mexico, field research, literature review, and necessary calculations as a proof of concept for the technology.  Through the case study we establish the technical requirements for a CSP desalination plant and a comparison of economic and environmental parameters with the business as usual.
Freshwater is a scarce resource in arid regions, especially in coastal communities located far from major urban centers. These communities experience severe hot and dry weather during most of the year, with annual precipitation averages in the Sonoran desert of 76 to 500 mm. Some of these communities, such as Tastiota, receive fresh non-drinkable water extracted from distant wells and distributed by tank trucks that visit the town periodically. The long interval between visits worsens the living conditions during extreme hot summer days.

Palenzuela et al. estimate that as of today, around 25% of the world’s population has no access to fresh water, and more than 80 countries are facing water scarcity issues serious enough to impair their economic development. In recent years, water supply reliability was imperiled by climate changes, especially on account of extended drought periods in regions previously unaffected by dry climatic characteristics.

According to the United Nations Organization 2015 World Population Prospects, the worldwide projected total population for year 2030 will be 8.50 billion people, with Africa and Asia being the fastest growing regions. This growth will put a strain on sustainable water and energy supply over medium to long term, which will increase the reliance of a greater number of people on desalinated water to meet part of their growing demand for urban water.

Desalination has been recognized as a viable option to meet the increasing demand for fresh water in harsh environments. Moreover, the feasibility and viability of renewable energy sources used for water desalination may become an important policy topic, particularly in a desired low carbon future economy. In a carbon constrained economy scenario, Rowlinson et al. suggest that desalination plants will be a main consideration by several stakeholders and decision makers, including urban planners and energy and water utilities. Therefore, technical feasibility and economic viability of alternative energy sources for desalination plants represent a current relevant area of study.