Emissions from fossil fuel combustion account for a majority (74%) of anthropogenic CO2 emissions. In 2018, global emissions of CO2 from energy use totaled 36.9 Gt CO2.

In 1994 Mr. Figueres was elected President of Costa Rica and was the nation’s youngest elected president of the 20th Century. After he left the presidency of Costa Rica in 1998, Figueres has been involved in global issues such as climate change, sustainable development, and technology. In 2000, Figueres joined the World Economic Forum in Switzerland, and later he worked with Concordia 21 in Madrid. Since 2010, he has been Chairman of the Carbon War Room, an independent non-profit organization focused on the global transition to a low-carbon economy. And in 2012, he was appointed as the new President of the Carbon War Room.

Lowering carbon emissions represents the largest economic opportunity humanity has ever faced.  Getting it right is the challenge, and the big imperative of our times.

The full talk may be viewed at:  https://www.youtube.com/watch?v=2fU2HsDVuGY 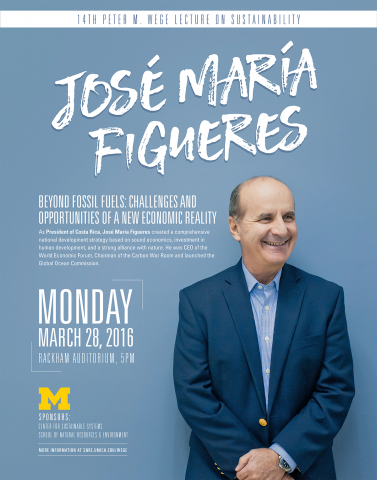