Green spaces improve the physical, social, and economic well being of a community by providing places to exercise, socialize, and organize, while supporting stable community development.

17th - Christiana Figueres - No Victory Without Optimism: Advancing Climate Action in 2019 and Beyond 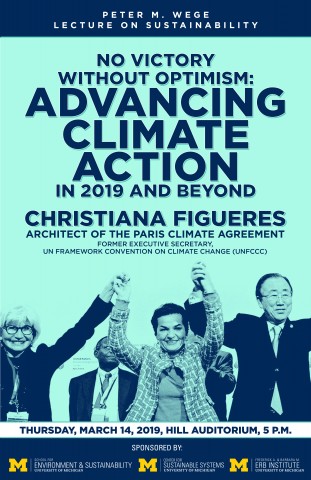 When Christiana Figueres became the chief climate change negotiator for the United Nations in 2010, a global climate accord seemed impossible. Five years later, the Paris Climate Agreement was unstoppable: 195 governments unanimously signed on to keep global temperature rise below two degrees Celsius. But according to Figueres, who is often referred to as the architect of the agreement, this was just a staging post in what remains a long, hard process. So what are the next steps in advancing climate solutions, mitigation efforts, and accelerating a clean energy future? Time is running out, and we must act now to raise collective ambition and leadership to protect the most vulnerable. How can we seize this moment to create jobs, ensure energy access, safeguard food and water, improve health, and protect economic and social stability for the future? 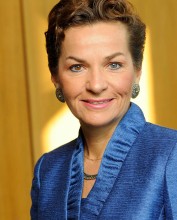 Join Christiana Figueres as she shares the inside story behind the Paris Climate Agreement and strategies for accelerating climate action. Christiana, who has been credited with forging a new brand of collaborative diplomacy, will discuss how “radical collaboration” between businesses, NGOs, universities, local and state governments, and communities can help advance a carbon-neutral future and address the most pressing issue of our time.