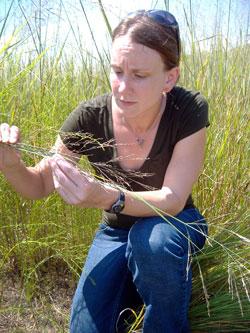 Minerals are integral to the functioning of modern society. They are found in alloys, magnets, batteries, catalysts, phosphors, and polishing compounds, which in turn are integrated into countless products such as aircraft, communication systems, electric vehicles, lasers, naval vessels, and various types of consumer electronics and lighting.1 However, some of these minerals are in limited supply and techniques for their extraction incur high environmental and financial costs. Given their necessity in a plethora of technological applications, concern exists over whether supply can meet the needs of the economy in the future. Material criticality can be assessed in terms of supply risk, vulnerability to supply restriction, and environmental implications.2 Rare earth elements (REEs) are a group of 17 elements used in various products, many of which are vital for renewable energy and energy storage. No readily available substitutes exist for most REEs.1 Unless action is taken, the U.S. could face an annual shortfall of up to $3.2 billion worth of critical materials.3