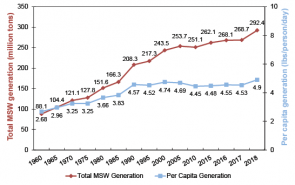 Michigan, located in the industrial and heavily populated Midwest, is more energy and carbon intensive than the U.S. average.  Global climate change is predicted to have major effects on the Great Lakes Region with significant regional climate changes arriving as early as 2030 .  Increases in the frequency of extreme and costly weather events such as drought, summer heat waves, and intense storms threaten public health, natural resources and infrastructure in the state.  Due to the potential near-term risk posed by the effects of climate change resulting from greenhouse gas emissions, the Michigan Department of Environmental Quality (MDEQ), Michigan Environmental Council, and partners in the non-profit community propose to collaborate with SNRE graduate students on developing a baseline GHG inventory for Michigan. In this project, the team will conduct a comprehensive inventory of annual GHG emissions from Michigan sources between two appropriate time points between 1990 and 2003.  The project team will obtain data from sources that include state and federal agencies, industry groups, and annual reporting from large manufacturing firms in Michigan.